Coin and Dollar Values for Kids

Are you excited to learn more about coins and dollars? Here’s the history and values of your favorite monies. 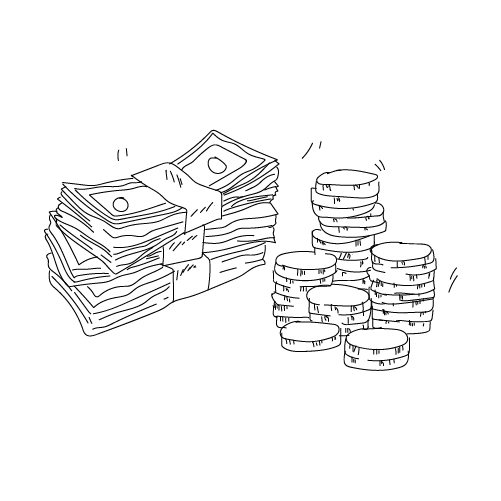 Every type of currency is designed to represent monetary and cultural value. That’s why most currency has presidents, locations, and other historical details. Truth be told, a country’s money tells the history of that country, and with the correct info, you can learn a lot about a place based on just the coins and dollars in your pocket.

That’s why we’re going to break down the details of U.S. currency. Let’s get to it.

The head of the penny has a portrait of the 16th president of the US, Abraham Lincoln. The coin has been around since roughly 1792. When the coin was first produced, it was a little larger and made exclusively from copper. Also, the original design had lady liberty instead of Abraham Lincoln.

These days the tail side of a penny has what’s known as a union shield. The shield has 13 stripes due to the original 13 states. In case you’re curious, the original 13 states were Virginia, Massachusetts, Rhode Island, Connecticut, New Hampshire, New York, New Jersey, Pennsylvania, Delaware, Maryland, North Carolina, South Carolina, and Georgia. There’s also a bar on the stripes to represent the U.S. government.

The head of the modern nickel has the 3rd president of the US, Thomas Jefferson. The back is the famed Monticello, one of Jefferson’s properties in Virginia. Interestingly enough, the portrait of Jefferson we use today for the nickel is actually the 3rd version. Each prior version was in use for decades. And, much like the penny, Lady Liberty was on the back of the coin for a time.

Also, although nickel is a form of metal, nickels have never been entirely made from the stuff. Nickels have been made from silver, gold, and copper. Modern nickels are made mostly of copper.

Did you know that “Dimes” was spelled as “Disme” for a while? We adopted the word from France and Americanized it over time. The modern dime is made from copper and nickel.

Ah, the quarter. One of the most used coins in modern American history. Believe it or not, a quarter used to buy a bag of chips. If you had two quarters, you might even decide to buy chips and soda. Those days are gone now, but much of what makes the quarter such an iconic and historical piece still remains.

The front of the quarter depicts the 1st president of the US, George Washington. You may have heard about him. One of the special things about the quarter is that the back of a quarter is constantly changing. And there are often new editions of it made annually. For example, some quarters show famous American women. Other quarters represent a single state. And some quarters have a bald eagle on the back. Honestly, the list goes on.

Try comparing a handful of quarters and see what amazing bits of history you can discover when you get a chance!

The modern quarter is made of copper and nickel.

The front of the current one-dollar bill shows a portrait of the 1st U.S. president, George Washington. The back of the bill has two symbols. One of which is a pyramid, also known as the great seal of the U.S., which represents longevity and power. The other symbol is an eagle holding an olive branch for peace and a bundle of arrows representing war. It’s worth noting that the eagle isn’t standing or perched on anything, which represents the American ideal of being self-sustained. And above the eagle are 13 stars which signify the original 13 states.

The dollar bill is chockfull of cultural symbolism. For example, beneath the pyramid is a string of roman numerals – MDCCLXXVI – which translates to 1776 – America’s founding year. When you get a chance, take some time to really look over a dollar bill and see how many symbols you can find.

The front of the five-dollar bill is a photo of 16th president Abraham Lincoln. The back of it is the lincoln memorial. Much like the dollar bill, the eagle on the five holds an olive branch and bundle of arrows. An interesting fact about the five-dollar bill is that it has a large purple five on the front. It’s designed to be easily visible for people with sight issues.

Andrew Jackson, the 7th president of the U.S., is on the front of the twenty-dollar bill. He’s the same Andrew Jackson that used to be on the ten before Hamilton. The back of the twenty is The White House. On the bottom right side of the modern is twenty is a holographic twenty dollar symbol.

On the front of the fifty-dollar bill is the 18th president of the US, Ulysses S. Grant. He’s been on the bill since 1914. Before Grant, Alexander Hamilton, Ben Franklin, and Henry Clay, a former Secretary of State, were on the front. The back of the bill is a rendering of the U.S. Capitol building.

The hundred-dollar bill has the highest monetary value of all other bills. In the past, there were 500.00, 1,000, and 5,000, and the highest valued bill of all time, the 10,000 dollar bill. However, none of them are currently issued but still retain their value. That said, they are really rare bills that are primarily obtained for collecting purposes.

The current hundred-dollar bill has a founding father, Ben Franklin, on the front. The back of the bill is Independence Hall, located in Philadelphia, Pennsylvania.

Several specially minted currencies hold both monetary and collector value. These are the most commonly sought-after special coins and dollars.

The two-dollar bill has the 3rd president of the US, Thomas Jefferson. The back of the bill is a render of the signing of the declaration of independence. The two-dollar bill stopped being produced in 1966, and these days it’s considered the rarest of all special paper bills.

The half dollar coin has a portrait of John Fitzgerald Kennedy, the 35th president of the U.S., on the front. On the back of the coin are an eagle holding an olive branch for peace and 13 arrows for war. The half dollar coin also has 50 stars around the rim to symbolize all 50 states.

The Sacagawea Golden Dollar is named after the woman on the head of the coin, Sacagawea, most famously known for guiding Lewis and Clark. The back of the coin is an eagle in flight surrounded by 17 stars which signify the states that joined the union. The coin is made, in part, of Manganese Brass, to which it owes its unique golden color. The coin is also made from copper, zinc, and nickel. 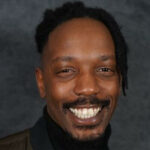