Financial literacy can come from literature, film, music, and more. 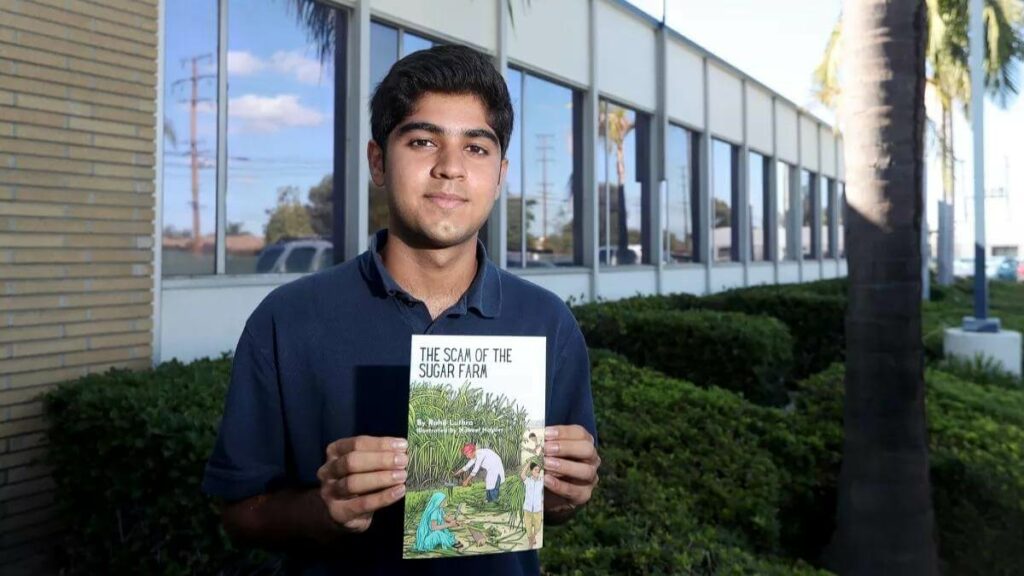 A high school student in Orange County, California, has written a book about financial literacy after witnessing his extended family’s struggles in India due to a financial scam. The book (available on Amazon), targeted toward older elementary school students, has been a hit with the Anaheim Unified School District. Over 100 copies of the book have been ordered to instill financial literacy lessons in students aged 8-12. The teenage author, Rahil Luthra, wants students in India and the United States to receive more education on personal financial literacy. Fortunately, Luthra’s book is not the only source of popular literature that can teach lessons about financial literacy. There are countless examples of good financial lessons sprinkled throughout literature, film, and music.

There are many cautionary tales about being a frivolous spender and squandering one’s money. A popular reading selection in high schools is The Great Gatsby by F. Scott Fitzgerald. Set during the “Roaring Twenties” era of rapid economic growth and easy investment opportunities, the narrator discovers that wealth cannot buy happiness. A similar lesson is learned in the classic Madame Bovarie, where overspending leads to financial ruin. While these historic novels may not impart the nuts and bolts of financial literacy, their overall message sets a positive tone toward spending wisely.

Real-life financial lessons may have more of an impact on students. A popular series is Rich Dad Poor Dad by Robert Kiyosaki, whose memoir of learning life and finance lessons from a friend’s father growing up in Hawaii became extremely popular. Although his advice has proven to be controversial, his conversational writing style has whetted many readers’ appetites for more information about finance and investing. Another controversial figure, disgraced stockbroker Jordan Belfort, wrote the popular memoir The Wolf of Wall Street after completing a prison term for fraud. Although Belfort’s book offered little advice on being an honest investor, it explained many of the common scams used to boost stock prices during the 1980s. His memoir, which has been turned into a similarly popular movie, should be read more as a cautionary tale before beginning to invest substantial sums.

Of course, many documentaries about financial literacy, finance, and economics exist! But some movies always make the list of must-sees when learning about money. The Company Men (2010) is a movie with an all-star cast about the struggles suddenly faced by families when the Great Recession hit in 2008. Pursuit of Happyness (2007), a true story, covers the life of a struggling single father who sets out to become a stockbroker. One movie that has spawned many imitators is the 1987 classic Wall Street, which depicts insider trading. A more wonkish film, Margin Call (2011) depicts the financial math behind the 2008 financial crash that precipitated the Great Recession. While these movies may not be as educational as a financial literacy course, they can certainly help viewers learn the lingo!

Music has always contained lessons, and that includes financial ones. There have been rock bands, such as Gooding, devoted to financial and economic topics. And while most high school students across America may not have been able to enjoy the Kansas City Federal Reserve Bank’s “Rock the Fed” initiative, there are plenty of popular songs with financial lessons on the radio (or any streaming platform). Similar to fiction literature, these songs don’t deliver the nuts-and-bolts of financial savvy, but they do impart commonsense truths, typically to not overspend. Abba’s Money, Money, Money is an iconic classic, and the recent Price Tag by Jessie J and B.o.B. continues the lesson about not being too obsessed with money.

Online, the popular music videos of historic figure rap battles, created by Emergent Order, are often used in economics classes to highlight the continued debates between fiscal liberals and conservatives. These high-quality videos give students the vocabulary of classical versus Keynesian economics, socialism versus free market economics, and monetary policy. While not a substitute for old-fashioned academics, these raps and songs can spice up a dull class period!