Most Americans Not Investing During Down Market, But They Should Be

The market is volatile right now. Here's why you should still be investing. 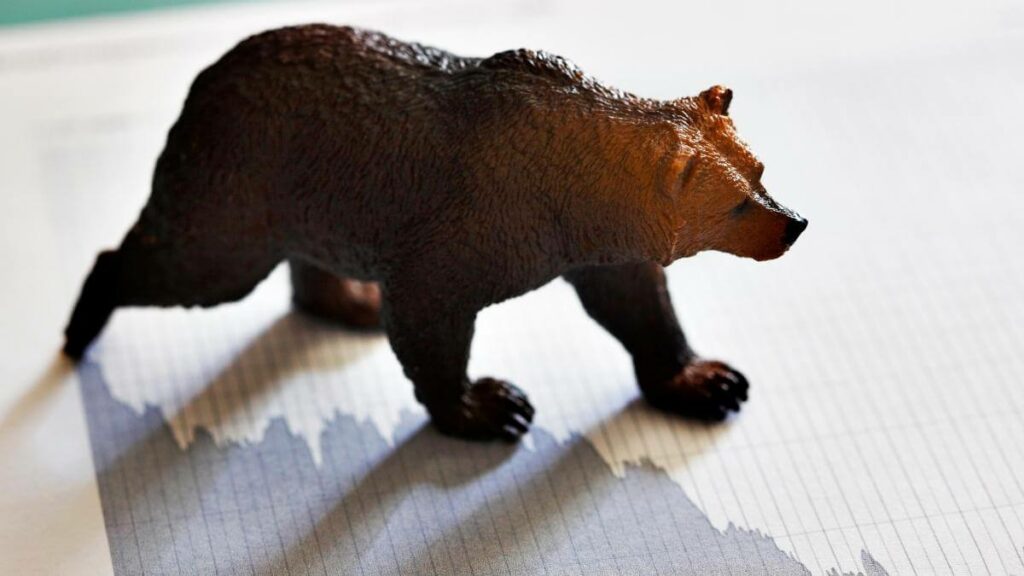 A new survey reveals that 65 percent of Americans are not investing as they should be during this challenging economic period. Obviously, most of these non-investors are worried about the current bear market, which is the term used when the stock market, represented by major indexes like the Dow Jones Industrial Average (DJIA) and the S&P 500, loses 20 percent or more of its value from the previous high. In June, the U.S. stock market hit this unfavorable milestone, which some might call a “market crash.”  However, stocks have since rebounded. By the end of July, the stock market had enjoyed its best month since 2020!

Why You Should Invest During Downturns

Understandably, many investors get nervous when the stock market goes through a steep downturn. In real-time, they can watch the value of their investments decline, causing anxiety. To avoid losing any more value, they sell their stocks. While this may feel good in the moment, it harms their investment portfolio in the long run. The problem is that you never know when the market will begin to increase in value again! When the market rises again, investors who “pulled” their money lose value each day they wait to re-invest. Over years of cyclical market slumps, this tendency to “cash out” during crashes and re-invest only when a rise is sustained can deprive one’s portfolio of growth.

The general rule of thumb for making money with any investment is to “buy low and sell high.” If you sell during a market crash, you are already selling when the value of your investment is well below its previous peak. Then, if you “buy back in” only after the market appears to be on a solid upswing, you are buying at a price well above the “low” value. Thus, you are buying higher and selling lower than you otherwise would if you had simply held onto the stock and ignored the temporary slump.

Investors are encouraged to continue investing even during bear markets and recessions, as the stock market always rises in the long run. In fact, those with steady incomes may even want to increase their regular investments during market crashes as part of a strategy known as buying the dip. This simply means investing more when the market is down to get shares of stock at low prices. Then, when the market inevitably rises again, you own more shares of stock and will enjoy greater profits than if you had not “bought the dip.”

The Stock Market Always Rises in the Long Run

Some may be skeptical that the stock market always rises in the long run, but it’s true. Although recovery from the Great Depression took years, stock market crashes since 1946 and the introduction of modern fiscal and monetary policy, as well as regulations of the securities markets (stocks and bonds), have been relatively brief. On average, a bear market fully recovers in a year or less, and the stock market (represented by the S&P 500 index) grows three out of every four years.

Historically, even accounting for periodic crashes, stock market returns average about 10 percent annually, which is higher than even the current record-high inflation we are experiencing. It certainly beats the interest rate on any bond or CD, which rarely exceeds 2 percent. In the long run, there’s no better place to put your discretionary investment income than the stock market. Even accounting for periodic bear markets and recessions, there’s no better return for the [relatively] low risk.

Why the Stock Market is Safer Today

But could another market crash like Black Tuesday, the one that triggered the Great Depression of the 1930s, happen again? Fortunately, such a crash is very unlikely! Before the creation of the Federal Reserve System in 1913, financial panics were relatively common. However, with each major financial crisis, such as the Panic of 1907, Great Depression, and Great Recession of 2008-09, the U.S. government got better at regulating the financial and securities industries. Today, several systems are in place to prevent financial panics and make it almost impossible for the stock market to crash as hard as it did in 1929.
The Federal Reserve System controls the money supply and interest rates, ensuring liquidity (the ability to get and spend money) even during severe recessions. Meanwhile, the federal government takes a much more active role in spending money to stimulate the economy during recessions, known as expansionary fiscal policy. Together, the Fed’s monetary policy and Congress’ fiscal policy help maintain investor confidence, reducing the likelihood of steep market crashes. Finally, several laws passed beginning in 1933 forced publicly-traded corporations (firms that sell shares of stock) to openly and honestly publish their financial data so that investors can invest with confidence.