U.S. Officially in a Recession. What Does That Mean?

GDP declined for a second straight quarter. Here's what that means for you and the family at home. 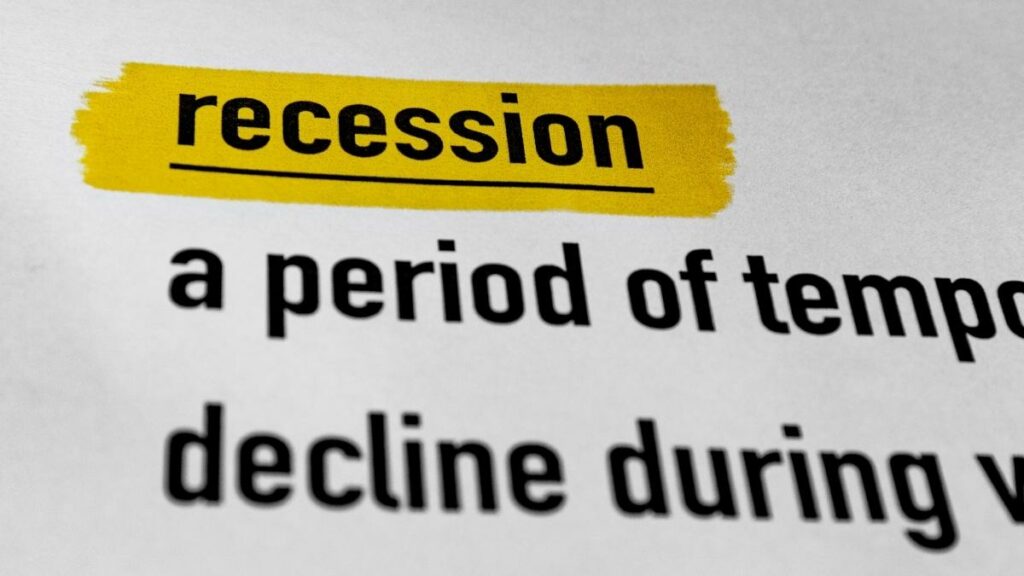 In the second quarter (three-month period) of 2022, the gross domestic product (GDP) of the United States declined by 0.9 percent. Since GDP also declined in Q1, a second consecutive quarterly decline marks the dreaded threshold most economists use to define a recession. However, the numbers are still in an adjustment period, meaning there may have been no GDP decline in Q2. But, unless GDP growth was positive in Q2, which would be a significant upward adjustment, our nation will technically be in a recession.

The first component of a recession is a decline in economic output, measured by gross domestic product.

For a true recession, GDP must decline – meaning to shrink – from a previous high point. This is where politics can obscure things, as critics of a current administration may use the term “recession” in a generic sense when GDP growth is slower than usual. While a 0.5 percent annual GDP growth rate would be slower than desired by all metrics, it would still be economic growth and not a recession.

What a Decline in GDP Does

Since the Great Depression, it has become widely expected for the federal government to use fiscal policy (taxing and spending) and monetary policy (controlling the money supply) to help the nation recover quickly from a recession. Monetary policy is conducted by an independent regulatory agency, the Federal Reserve, and adjusts interest rates to affect the amount of borrowing – and therefore spending – in the economy. Fiscal policy, however, is conducted by Congress through the federal budget.

While the Federal Reserve can act freely, based on the analyses of its expert staff, Congress is only more free to use fiscal policy to stimulate the economy once a recession has been declared. If the current news does lead to a formal recession, Congress will likely pass more bills to spend money on big projects that stimulate the economy. When there is no formal recession, the political party not a majority in Congress may declare such big projects to be wasteful spending. An actual recession, however, increases public support among all citizens for increased government spending.

However, government action at the state and local levels may be the opposite. Only the federal government can spend freely by going into debt through deficit spending. During recessions, there is less concern about deficit spending if it reduces unemployment. However, state and local governments are less able to engage in deficit spending, as most must balance their budgets each year. This means that city, county, and state governments may be hurt during recessions by less tax revenue and have to cut services and lay off employees. For example, state funding for higher education fell substantially during and after the Great Recession (2008-2009) due to decreased tax revenue.

What You Can Do

Because a recession can lead to a reduction in pay raises and bonuses, or even cause layoffs, it is a time for careful financial planning. Workers in industries hardest hit by recessions must pay attention to news about their companies’ futures and plan accordingly. Traditionally, industries like restaurants, hospitality (hotels and vacation spots), real estate, and durable goods like cars, tractors, and heavy equipment are most susceptible to a drop in revenue during recessions. These are the areas where consumers and businesses first cut spending. If you work in one of these industries, ensure you are a valuable employee!

Advertiser Disclosure As an Amazon Associate, we earn from qualifying purchases. This relationship in no way impacts our editorial integrity.