Cool Museums for Kids to Learn About Money

Museums are an awesome way to learn about money! Here are some of our favorites. 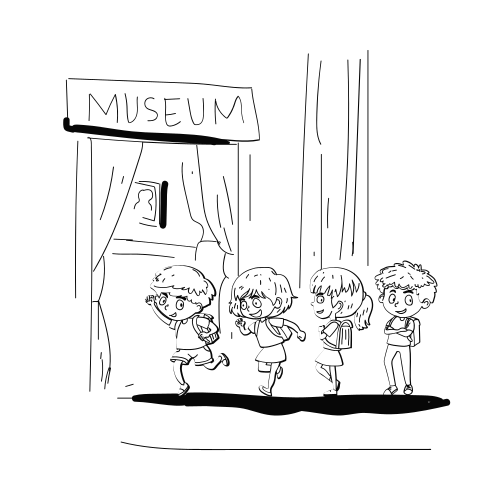 Museums provide a unique perspective on the financial education of children. Combining education with history can have a much more dramatic effect on kids. To present finance in a real-world context, makes it come alive. Other exhibits use fun and entertainment to teach kids money management principles. Either way, you will want to put these museums on your educational agenda. Visit them online or in person.

Step into a colorful world of money where kids play with smart ways to spend and save while having a wealth of fun learning to earn. Moneypalooza brings to life the importance of establishing healthy money habits through innovative and high-energy activities.

Through the discovery of money, America’s largest museum dedicated to numismatics brings culture to life. The museum explores art, history, science and much more to promote the diverse nature of money and related items.
The museum includes one permanent exhibit and rotating exhibits in each of the other three galleries. Visitors can find spectacular rarities and learn about the history of our nation and the world as seen through money.

Main Level Rotating Exhibit
A House Divided: Money of the Civil War takes a unique look at this epic, bloody time while showcasing the era’s coins, paper money, medals, and new ideas in war financing that helped lead to the North’s victory.

Lower Level Rotating Exhibits
The Faces of Money: The Good, The Bad, The Ugly explores famous people on money and medals from their earliest appearance to the present day.

Coins, Crown & Conflict: An Exploration of Cromwell’s England explores the period from the reign of Charles I and the English Civil Wars to the first years of the restored British monarchy under Charles II, through the coins, medals, people and objects associated with Oliver Cromwell.

Virtual Museum
The ANA’s virtual museum collection consists of approximately 225,000 numismatic objects from the earliest invention of money to the modern day.

The Museum contains many great rarities in coins and currency, from the earliest coins created 2,700 years ago up to the latest innovations in electronic monetary exchange, as well as fascinating objects such as beads, wampum, dentalia, and other commodities once used as money.

The following virtual exhibitions are based on objects within the National Numismatic Collections. In many cases they are based on exhibitions which have appeared in the Hall of Money and Medals at the National Museum of American History, or on travelling exhibits which have appeared at various venues across the United States. These exhibits are expanded as time permits and will eventually grow to be representative of the collections as a whole.

The Coinage of Spain
Coinage in Spain from the earliest times to the present.

Life in Ancient Greece
Reflected in the Coinage of Corinth Featured in the Virtual Exhibitions section of the National Museum of American History site.

Numismatic Art Comes of Age: The Coins of the Demareteion Master
Recent donation of an extremely rare and important series of Ancient Greek coins.

Parthia: The Forgotten Empire
The history of Parthia illustrated through its coinage.

Recent Donations of Outstanding U.S. Rarities
Including one of the most coveted United States coin rarities, the 1804 silver dollar.

Your Money in Transition
The evolution of American money from gold coins to credit cards.

Welcome to the Museum of American Finance, the nation’s only independent public museum dedicated to celebrating the spirit of entrepreneurship and the democratic free market tradition which has made New York City the financial capital of the world.

Money: A History
Traces our country’s currency from the earliest years through the latest designs and features barter currencies, gold, coins, paper money and scrip. A tactile money display allows visitors to touch historic and modern coins, and to view the security features in modern money on a light board and under an ultraviolet light.

Banking in America
Explores the history of banking in America and explains the different types of banks and bank accounts. It also features multi-media sidebars on bank robberies, credit cards and the infamous S&L crisis, as described in the classic movie It’s a Wonderful Life, as well as a display of historical piggy banks.

Entrepreneurs
Visitors encounter stories woven with innovation and resourcefulness, a tolerance for risk and, above all, constant determination. The video interviews with 16 modern-day entrepreneurs reveals people who creatively identify opportunities and take the initiative to realize their ambitions.

Financial Markets
Interviews conducted on the trading floors at the New York Stock Exchange, the New York Mercantile Exchange and at Citi allow the viewer to experience these financial markets firsthand, directly from those working in the industry.

Alexander Hamilton Room
Traces Hamilton’s life from his birth into poverty in the Caribbean through his rise to military and political greatness in America, becoming America’s premier economic thinker. As the first Secretary of the Treasury, he saved the new nation’s credit, established plans for funding our new country’s debt, created a national bank, and used the tax system to encourage economic development.

Tracking the Credit Crisis: A Timeline
A monumental 8’ x 20’ graphical wall accompanied by a video presentation, the timeline begins with the bursting of the U.S. housing bubble in late 2006 through the unprecedented trillions being guaranteed and injected into the private sector in 2008-2009 by the government.

Museums of the Federal Reserve System

After touring the museum, experience the rest of the Visitors Center, where interactive and multimedia exhibits provide in-depth lessons on the role of the Federal Reserve in the U.S. economy.

Learn about the substantial improvement in living standards in New England over the past 200 years and about how economic growth makes possible rising living standards. Visitors see how life used to be in three earlier periods and try their hand at making major decisions in the textile, bicycle, and computer industries in New England.

Philadelphia is the home of the first Bank of the United States, and that’s why the Philadelphia Fed is eager to tell you about the nation’s financial history.

The Fed Center: Exploring our Nation’s Central Bank is designed to teach the public about the functions of the U.S. central bank through a series of guided hands-on and visually engaging experiences.

Whimsical and thought-provoking elements in the exhibit include giant iconic representations of financial concepts, such as a

The Fed Gallery: Your Central Bank in Focus uses interactive technology and vivid graphics to highlight the Federal Reserve’s role in the United States economy. Various displays focus on: 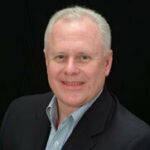 David McCurrach is the founder of Kids' Money. Following a career working in finance for several banks and credit unions, David started Kids' Money in 1995 and has since published three books on kids' financial literacy and allowance programs.